The past few weeks my inbox has been flooded with excited messages about Netflix’s new show Atypical, which features a high-functioning autistic teen who decides he is ready to find a girlfriend. I have been tagged on Facebook, texted, and private messaged by friends who are eager to share this new show with me. From all I have heard, it’s incredibly well done with lots of heartwarming and eye-opening moments artfully directed and masterfully brought to life by incredibly talented actors.

This week’s barrage of messages and tags has been due to the highly anticipated drama The Good Doctor on ABC which features a brilliant young physician with high-functioning autism and savant syndrome. Again, the reviews from both the autism community and viewers at large seem to be two thumbs as high up as they can go. It seems everywhere I turn I see Freddie Highmore, who plays the titular character, receiving rave reviews for his stellar performance. My Facebook feed has exploded with this new show’s praise, most notably from fellow autism moms. Perhaps because I’m such a vocal and fierce advocate for my daughter and all those on the autism spectrum, I’ve been asked my opinion on these new shows more times than I can count.

But here’s the thing:

I’m not ready to watch these shows.

One of the most common misconceptions about autism is that every autistic person has some sort of superpower or extraordinary gift. It’s perfectly true that many of them do possess some incredible abilities, and I’m thrilled to see those recognized. Even though, in truth, these seeming “superpowers” are often just highly tuned skill born of incredibly niche interests and honed through intensive, obsessive focus along with a desire to know every single thing about a particular topic, seeing the gifts of autism recognized is a beautiful thing.

However, it’s also important to understand that this isn’t what all autism looks like. Sometimes autism looks more like someone who cannot speak at all, or someone who is so extraordinarily sensitive to noise that they must keep headphones on at all times. Sometimes it looks like someone who cannot handle the slightest variation in their daily routine without a complete breakdown that ends in medications and/or physical restraints. Sometimes autism is simply autism, superpowers sold separately, and that’s okay. But being asked day after day what your child’s amazing ability is, only to have to explain that this is a misunderstanding of autism and that the closest thing your child has to a superpower is her memorization of every Pokémon ever created is incredibly emotionally draining. It’s like having to face the diagnosis day all over again every time I revisit the same conversation.

On top of having an autistic child who has had some enormous struggles this year, our lives have been turned upside down in so many ways. It started when I had a very nasty knee injury that took me down for over two months (no driving, no walking for most of it…not good news when you have three young children and one has special needs). On top of that, my mother had a massive stroke, my father was forced into a career shift after 25 years with his company and his health has taken a hit while he tries to care for my mom, my sister was in the hospital for several weeks with complicated GI issues, my aunt’s cancer has returned forcing her back into chemo, my mother-in-law had a brain stem bleed requiring a risky surgery, my grandparents have declined significantly and require far more help and care, I’ve had to change jobs, and just this week I gave myself a concussion! (I’m impressively clumsy, so let’s just leave that last one without further explanation).

And that’s just the highlights. It doesn’t include the constant guilt over my other two children always getting my leftovers because my ASD girl requires so much that I spend most of my time just keeping the flames at bay. It doesn’t include the very demanding nature of my husband’s job, which includes more and more travel as time goes on. It doesn’t include the day-to-day stresses we all face – like the air conditioner that backed up and flooded our playroom, or the cars that all crapped out within a week of one another to the tune of about $2000, or the lightning that hit the house and took out ten appliances and fried all the circuits in our living room, and on and on… That’s just this year’s major events. So when I say my emotional tank is on empty, I’m not kidding. I just have no emotional space left for onscreen catharsis. If I’m turning on my TV I want to see Danaerys kicking ass on her dragon (and Jon Snow’s glorious booty, for which I make no apologies), or revisiting my old friends at Hogwarts, or my beloved Mississippi State Bulldogs, or Dak Prescott tearing it up for the Cowboys. I don’t need anything that looks remotely like real life. I need to escape, because real life is kicking my tail right now.

Even So, I’m Thrilled to See Autism Getting Exposure on the Screen

Don’t get me wrong, I am ecstatic that these shows exist and that they are, from what I understand, spectacularly executed. There will come a day when I am ready to sit down and appreciate life meeting art in a way that represents those with autism with dignity and accuracy. I want to use this moment to thank Netflix and ABC from the bottom of my heart for bringing these to life and doing so in a way that leaves those who don’t live with autism with a greater understanding and those who do with a full heart. I hope that it paves the way for shows that delve even deeper into the diverse world of autism and reveal both it’s harsh truths and beautiful secrets. I’m just not ready to dive into that lake of feelings just yet. When I do, I’m sure I will love it, and I’ll shout from the rooftops exactly how I feel. But to everything there is a season and a time to every purpose under heaven. This current season is just too overwhelming for my heart to add any more weight.

Here in Alabama, the legislative floor in Montgomery is a battlefield. Are they arguing over which road projects need funding? Are they discussing a politically and emotionally charged topic like abortion?

Welcome to Alabama, where the politics are made up and corruption doesn’t matter.

END_OF_DOCUMENT_TOKEN_TO_BE_REPLACED

Em-Barking on a New Adventure

Yes, I know. I totally succumbed to a dad-worthy pun for the title. Consider it a nod to the man of the house who has a torrid love affair with all things punny. He lives to see my eyes roll, I’m just sure of it.

But bad puns aside, we do have a new adventure beginning here at the Sparks abode. It’s an enormous commitment, but well worth the time, energy, and destroyed shoes that I am certain are in our future.

Meet Max. He is in an Australian Shepherd/Newfoundland mix with a big job: he will become our middle daughter’s service dog.

Miracle Max loves to ride with Brinley in the car.

END_OF_DOCUMENT_TOKEN_TO_BE_REPLACED

I love New Year’s. I really do. I love the new beginning that it brings. The sense of freshness. The opportunity for starting over. The problem is that I, like so many, get overly excited about this grand sense of a new leaf being turned, and I get overzealous in my resolutions. I convince myself that this year I really will do things like ” go 100% paleo on Jan 1 and never look back, or set up a Pinterest board with 365 days of organizing projects and complete one every day until my house is perfectly organized and spotless.  Of course, reality hits sometime around January 12th or so END_OF_DOCUMENT_TOKEN_TO_BE_REPLACED

We’ve all heard the old song. Or maybe we haven’t, since old hymns seem to be a dying breed.

When upon life’s billows you are tempest-tossed,
When you are discouraged, thinking all is lost,
Count your many blessings, name them one by one,
And it will surprise you what the Lord hath done.

Are you ever burdened with a load of care?
Does the cross seem heavy you are called to bear?
Count your many blessings, every doubt will fly,
And you will keep singing as the days go by.

When you look at others with their lands and gold,
Think that Christ has promised you His wealth untold;
Count your many blessings—*money cannot buy [*wealth can never buy]
Your reward in heaven, nor your home on high.

So, amid the conflict whether great or small,
Do not be discouraged, God is over all;
Count your many blessings, angels will attend,
Help and comfort give you to your journey’s end

END_OF_DOCUMENT_TOKEN_TO_BE_REPLACED

Making the Most of My Mess

I read a few fantastic articles today. One was from the fabulous Lisa-Jo Baker on dealing with anger as a mom. The other was a hilarious and honest expose’ on the state of a home full of little people from Elizabeth at City Moms Blog.

As I sat in the Chick-Fil-A drive thru for the third…okay fourth time this week, I scrolled through the latter article on my phone and waited for our french fries that I was praying would pacify very ticked off, tired, and hungry children who were sick of being stuck in the back of the house while their daddy finished staining and sealing our new kitchen table. *Disclaimer -That makes us sound way more glamorous than we are. We aren’t a Pioneer Woman household in the least. Yes, he built our table. He also started it two months ago and it has been sitting in our dining room half finished with a tablecloth over it and a gaping hole on one uncompleted end until last night. It’s been fought over quite a bit, and the top has been reconstructed twice. So don’t start thinking we have our shit together – we totally don’t, and that’s the point of this article.*

Sure, it took two months, but look at how pretty that table is! And there is just something about watching your man building things, yes?

END_OF_DOCUMENT_TOKEN_TO_BE_REPLACED

We took a trip to the library today. I had agreed to meet a friend there to help with some job applications, and since our library has an excellent children’s area, I decided to make a fun trip of it for the kids, so that everyone could play and choose a book. As they contemplated their options, played on the computers, and raced trains around the train table, I saw a young family come into the children’s area and sit down.

We love our local library!

END_OF_DOCUMENT_TOKEN_TO_BE_REPLACED 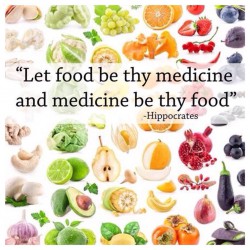 (un)Frazzled
Create a free website or blog at WordPress.com.